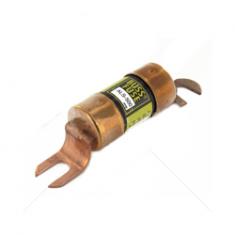 We distribute an extensive selection of CLARK FORKLIFT FUSE parts for all makes and models. We ship directly from various warehouses located all over North America to provide the fastest shipping at the most affordable prices.

The Clark Forklift Fuse is an electrical module which disconnects electricity in case of a power failure.  It is being installed as a safety device to protect prime electrical parts from getting damaged. As we know, the fuse is a device for electrical appliances; but it has an important use in automobile also. When excessive load passes through forklift, the fuse ceases the system before any damage occurs.

Clark has been meeting up the demand of the forklift customers for over 90 years with its various parts. Forklift fuse is made of a metal strip or a wire of fuse element which is basically a resistor with low resistance. A case, made of non-combustible element is used in both terminals of electricity. When electricity overflows, the temperature of both terminals rises high, which melts down the fuse element and the electricity line terminates.

In a forklift, the fuse blows before reaching a certain speed, as it is compulsory to break the fuse before the current reaches the main system. The working instance of a fuse depends upon the material used in it and with respect to their timing they are referred as fast and slow blow fuse.

Fuse selection is a very technical thing and it depends upon the types of material used as a load. In most sensitive device, fast blow fuse is being used as it gives an instant action. In some cases, overflow of current is not harmful for a certain period. On that occasion slow fuses are being used as a safety appliance. Clark provides quality fuse as per your requirements.

A fuse should be installed in series with the electrical circuit, so that any amount of electricity, which reaches to the circuit, should pass through the fuse. If the current amount is higher than the allowed level, the fuse blows and terminates all connections with the circuit.

If you’re looking for forklift parts, then you’re welcome to Solid Lift Parts Inc. We are serving over 80 countries with our forklift products. We have a quality team, which is working for your better experience of working with us. We are your forklift specialists who can provide your desired parts from all the top class brands available in the market. We guarantee, you will never have any complaints with our quality standards. It will be a foolish thing to waste your valuable time comparing our products with other competitors. We deliver the best & we take pride in it. We suggest you to contact with us and get your required product as soon as possible. 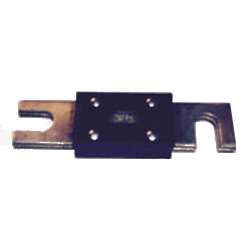