We distribute an extensive selection of TOYOTA FORKLIFT ENGINE parts for all makes and models. We ship directly from various warehouses located all over North America to provide the fastest shipping at the most affordable prices.

The operation is categorized in four different stages. Firstly, the mixture of air and fuel enters through the inlet valve into the combustion chamber. It exerts the pressure below and the piston goes down. Then again the piston will go up to compress the mixture and this is when the ignition occurs. This ignition generates huge power and pushes the piston downward. Finally, the piston shifts to the top dead center(TDC). The exhaust valve opens then and remaining of the gases get expelled from the chamber. This produced power is transmitted to the flywheels and rest of the roational work is done by an attached crankshaft.

Cylinder and spark plugs are two main parts of a Toyota Forklift Engine. How many cylinders the engine is using depend upon the size and functions of the forklift. V type or flat type cylinders are most functional ones. The spark plug is equally important as it supplies the required sparks for the ignition. The role of a good spark plug can’t be neglected for proper combustion. If spark plug is being choked, late or early ignition may happen which will eventually result into an improper combustion.

Solid Lift Parts Inc. is every time present there to render the top facility for the customers. Our aspiration is to enlighten you with our creative ideas for more profitable and comprehensive operations. That’s why we come to you with the best collection of the forklift parts of different brands & models. Our huge collection can provide you with all available models and makes of the parts of the forklift trucks. With our highly skilled and expert forklift parts specialists, we ascertain you with the best quality. We always keep our storage full of collections of all the parts and maintain our website regularly with updated information. So, we welcome you to choose the Toyota Forklift Engine of different models at a very reasonable cost. You can always receive it in accurate time.

It is also noteworthy to add here that Solid Lift Parts Inc. is one of the most reliable companies in the market that have the authority to discuss the features, attributes, and benefits of Toyota Engines. It is expected that any authority in Toyota forklift engines should then understand its history since its inception and to the day that it reached high-level industrialization.

It is so far maintained that any company that claims to be an expert in such topic should have to be in the industry long enough to round out its complete pros and cons as knowledge is one thing and field experience is another. Solid Lift Parts, people should know, is one company that has such credentials. The rest of this article will then describe some of the highlights that people should know about Toyota engines in general and that Solid Lift Parts has been an expert of.

One of the many important things that companies like Solid Lift Parts know about Toyota Engines involves Toyota A engine. For starters, the A-Series engines were fully developed as part of a family of combustion engines that are internally structured with a displacement form ranging from 1.3L to 1.8L, which was produced expertly by Toyota Motor Corp.

It should, however, be added that the cylinders in this series are made as short as they can, and can be called Siamese in terms of its cylinders. By this, it can be said that because of the cast iron engine blocks of the series, they remain to be some of the most outstanding engine options in the market right now. The 1A engine has been described to be fantastic in the fact it is only about 550 mm (21.6 in) long.

The development of the series didn’t start until in the late 1970s when Toyota wanted to initiate something that would put Toyota on the map and propel them to the top. This is the reason behind its aim to achieve good fuel ratio and scores in this series and to make an engine that’s high in performance but impressively low in emissions. With the modern design that this engine has, which includes the first Japanese mass-production DOHC (a four-valve-per-cylinder) engines, it’s not hard to see why Toyota is still a rising brand.

It is also in this series that there’s a joint venture between Tianjin FAW and Toyota, where the 1.3 L 8A and 5A engines were developed to perfection. On that note,

We should also not forget to include here the 3,386 cc attribute made popularly known for Toyota B engines. It is also through the B series created around 1937 to 1947 that the Toyota structure for an inline-six gasoline profile was created. Moreover, the cars and trucks created around this time have paved way to the creation of the Land Cruiser known in the popular market as the BJ Jeep. Another thing that we could mention here about the Type B series is that it is after such series that the labeling system for Toyota was initiated. The labeling with the series indicates the number of improvements, changes and technological advancements to the engine. These improvements mark the expertise of the engineers that have mastered the different ways to optimize the engines’ valves from this series and on.

The B Series also constitutes the 3.0 L inline-four eight-valve OHV engine that’s powered by diesel. With a compression ratio of about 21:1 Output of 80 hp (60kW) that goes to as far 3,600 rpm with around 141 lb.ft, which is about 191N m of torque at the range of 2,200 rpm. The later versions of the series have an 85 PS, which is about 63 kW. Such series, by the way, are now applications rendered to Land Cruiser 40, Dyna 3rd - 5th generation and Toyoace 5th Generation. This engine is also used in Daihatsu Delta V9 and V12-series. The Hino Ranger 2 also uses this series.

The Type C series is the one that already has 2,259 ccs (2.3 L; 137.9 cu in), which started to be produced from 1939 until 1941. What makes this series stand out is that it is mainly a reintroduction but restructured form of the Type A series by removing their 2 cylinders. The applications for this series have been widely introduced in AE sedan and AK 4WD. The layout of this series is characterized with its I4 Configuration, a cylinder bore of 84.1 mm (3.3 in) and a piston stroke of 101.6 mm, with its block and head materials being iron.

With a Displacement Unit of about 1598 cc and a cylinder bore of around 78.0 mm, this series has its structure being applied to Toyota Verso, Toyota Auris and Toyota Avensis. For the 2WW Version of this series, its applications went towards powering the Toyota Avensis 2.0 D-4D and Toyota RAV4 2.0 D-4D. What’s striking to note here, too, is that this series’ design is based on a BMW blueprint that later on was used to Toyota vehicles.

These are just some of the highlights people may want to learn about the Toyota engines available in the market today. Equally important to mention here is that people can learn more about these engines by contacting the experts and representatives from Solid Lift Parts Inc. 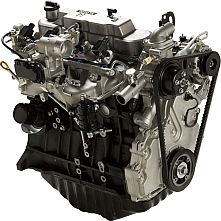 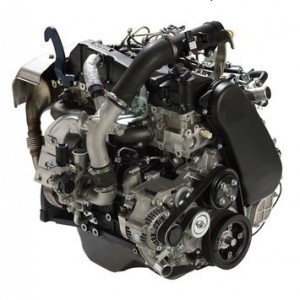