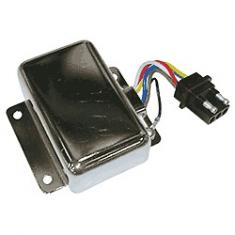 We distribute an extensive selection of YALE - FORKLIFT ECM parts for all makes and models. We ship directly from various warehouses located all over North America to provide the fastest shipping at the most affordable prices.

The Yale Forklift ECM is the brain of the vehicle. Yale ECMs are built in such a way that they provide accurate and real time information about the vehicle’s engine. The Yale ECM functions are to control the air/fuel mixture, timing injection, controls the voltage regulator, oversees various sensors that are placed around the engine. The Yale ECM ensures a good working state of your forklift.

The ECM (Engine Control Module) is the engine of the engine that operates with an electronically controlled injection. Practically, this computer manages to ensure the best performance of the engine, reading all sensors and intercepting data provided by the engine on the basis of a performance map. So. The ECM manages to learn how the engine works, depending on how it is used by the driver and manages to optimize it so that it is as efficient as possible.

What does the ECM control?

What are the ECM maps?

The information stored on this computer is kept in the form of a matrix. These matrices are called ECM maps and are represented by all the operating parameters that the engine computer controls. With an ECM map, you can read the history of the vehicle and how it worked.

A vehicle can have more ECM-like computers, the modern ones have such computers for braking control and adjusting this or for various other situations.

If the vehicle suffers from various technical modifications, it is good to reset the ECM, because if it is not reset, it continues to record the behavior of the new engine variant, also taking into account the old version, which can lead to a not very effective optimization.

Resetting can also occur if the vehicle starts to go wrong or does not have enough power.

The simplest way to reset the ECM is to undo the cumulative and leave it for 30 minutes off so that it can deprive the power computer. In this way, all data retained until then will be forgotten. It is good for the engine to warm before resetting, and after a reset, a long road is recommended. This way, the new map will deliver much better performance. If driving in the city, at least in the beginning, the ECM will retain a lazy drive and will adjust the engine based on this information.

Careful! Never wash the engine and try not to change the battery while the engine is running. The ECM is very sensitive to water and can always make a short circuit, its change being quite expensive.