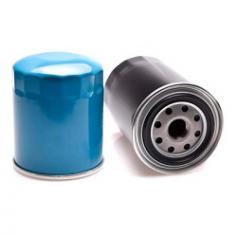 We distribute an extensive selection of CLARK FORKLIFT OIL FILTER parts for all makes and models. We ship directly from various warehouses located all over North America to provide the fastest shipping at the most affordable prices.

Engine lubricating oil of any vehicle, let alone forklift trucks, is usually referred to as the blood of the vehicle’s engine. This is not simply because the oil flows throughout the engine, but mainly because it performs certain functions crucial for maintaining the engine’s performance and extending its service life. Clark forklift engine oils are of two different types: synthetic and mineral. While the composition of these two oils are totally different, you should make sure that your oil meets the qualification criteria put forth by the American Petroleum Institutes (API). Furthermore, you should also be aware of the various factors impacting your forklift engine oil, which will be discussed in detail further.

Forklifts operating excess of engine load, idle time, heat, cold, and floating contaminants have adverse impacts on engine oil. Life of the engine will get affected due to excessive heat that will extirpate oil and form engine deposits. Similarly, excessive cold will restrain lubrication of oil at start-up and can also create unnecessary moisture. Excessive engine loads produce excess heat, demanding the cooling system to work intensely, leading to frequent maintenance of the system. Excessive idle time will cause more unburned fuel to reach the oil, causing insufficient lubrication and oil dilution. And finally, excessive exposure to contaminants would burden even the best filtration system.

When contaminants accumulate, forklift engine oil decays and becomes unsuited for service. Some of these harmful contaminants are:

How does the oil filter remove contaminants?

Dents on oil filters can be because of improper installation, which in turn can cause the filter to crack. Remember not to use a cracked oil filter, may it be before or during installation. If the filter is dented after installation, replace it immediately. The money you would spend on replacing a damaged oil filter will be much less when compared to that you would have to spend for the damages that may be caused by a dented filter during operation.

While Clark manufactures its forklift spare parts in Louisville, Kentucky for distribution all across North America, you can always get yours from the most reliable Solid Lift Parts.