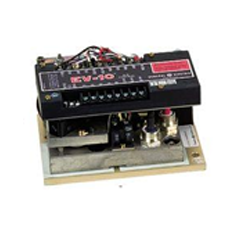 We distribute an extensive selection of FORKLIFT ECM parts for all makes and models. We ship directly from various warehouses located all over North America to provide the fastest shipping at the most affordable prices.

The forklift ECM or the Engine Control Module is considered as the ‘brain’ of the truck, allowing the truck to run, turn and perform. A working forklift truck can encounter a mechanical or electrical fault any time during operation. Normally, mechanical faults are less worrisome as they can be detected with relative ease and remedial measures can be taken effectively. When it comes to electrical fault, however, the issue gets complicated since it isn’t easy to diagnose the nature or even the point of occurrence. They get difficult to trace since the symptoms of a fault may appear anywhere, much away from the source in many cases. This is where the engine control module comes handy to facilitate faultfinding.

The forklift ECM is in charge of controlling air to fuel ratio, ignition timing, control of idle speed, variable valve timing, and valve control. It continuously monitors engine functions through a vast number of sensors and their indications to judge that the engine and all its parts are operating at their optimum. Engine control module upon detecting a fault tries its bit to carry out readjustments for fault rectification. In case the fault is beyond its rectification ability, the forklift would cease to work. However, ECM is built with a capability to indicate an alarm of the specific fault, when it cannot rectify that itself.

The specific alarm helps the mechanic in faultfinding. Specific devices available with most of the reputed workshops can read these alarms for aiding in troubleshooting. However, for a general indication to a driver, an engine light glows, which signifies some trouble with the engine and the driver can take the forklift truck to its mechanic.

New forklifts are generally equipped with an electronic sensor near the gas pedal. This sensor initiates an electronic signal to the engine management system for evaluation of throttle and corresponding adjustment of fuel provision to the engine. ECM start up mechanism calibrates the position of throttle in the idle state. In case all engine sensors do not tally with complete engine health, the ECM allows the forklift truck to operate in a limp mode. The limp mode signifies that the forklift driver will not be able to achieve full speed potential of the forklift and will only be able to drive it to the intended workshop, avoiding an engine break down by the roadside.

Engine control module is essentially a computer, equipped with microprocessors, which receive, interpret and generate response to sensor inputs in the most expeditious way possible. Like any other computer, ECM comprises of hardware governed by a specific software written for the purpose. ECMs of the forklift trucks are not manufactured by the original equipment manufacturer (OEM), barring only a few exceptions. They are usually out sourced, made to standard set of requirements, and are then customized for the intended user. The vast production of these modern day ECMs has made the customization process easy and every manufactured ECM supports customization. However, relying only on customization may not solve the compatibility problem to the fullest. The engine control module is therefore needed to be configured with respect to the engine specs for an optimum performance. ECMs are generally divided into few broad categories based on factors such as fuel type, engine size, engine power etc.

Engine control module performs a number of specific tasks which are as follows:

All of the processes in the forklift engine take place simultaneously and the ECM performs their real time monitoring always.

ECM being the minicomputer of a forklift truck is therefore a highly complicated hardware which has been catered for robustness. However, such a complicated machine may go wrong sometimes and would therefore need a repair or replacement. Repairing of a forklift ECM can be thought of as repair of the motherboard in laptop or desk top computer. Motherboard repair as we all know is highly technical precision job, which is usually avoided. Similarly, the repair of engine control module in a forklift truck is too complicated to be repaired easily. It essentially requires disassembling of the unit and carrying out of precise and detailed electronics tasks, which neither the owner of the truck nor an ordinary mechanic are qualified to perform. However, the ECM can be observed an inspected for identifying the type of fault that has occurred to it. Burning of some part of its motherboard, or deposits of grease or corrosive material, can be observed from inspection and measures can be taken to avoid their recurrence.

An ECM therefore should be completely replaced instead of being repaired. A malfunctioned ECM can stop the function of almost all of the electronic sensors placed in engine, which may also need a replacement along with the ECM itself. However, the forklift truck owner should not lose sight of the working condition of electronic sensors installed in the machine. In fact, malfunctioned sensors of voltage, temperature, fuel, ignition, spark plug, etc. adversely affect the performance of engine control module of the forklift truck and can make the electrical sensors nonfunctional. 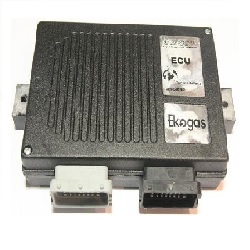 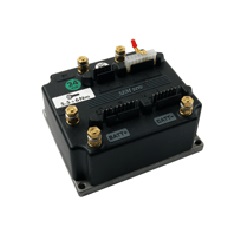 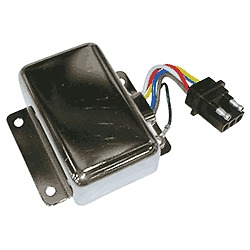