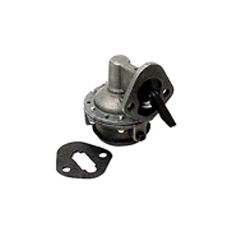 We distribute an extensive selection of FORKLIFT FUEL SYSTEM parts for all makes and models. We ship directly from various warehouses located all over North America to provide the fastest shipping at the most affordable prices.

LPG (Liquefied Petroleum Gas, Propane, and Butane) is more commonly used in forklifts and are sometimes used on aerial lifts. Mostly derived from fossil fuel sources, LPG is commonly extracted from natural gas streams and can sometimes be manufactured during the cultivation of petroleum. As it has a boiling point below room temperature, it is normally stored in steel tanks and vessels. These tanks are commonly found in the back of the forklift and placed in the exterior of the machine for safety reasons.

Mainly used as fuel by internal combustion engines, gasoline fuel is utilized by forklift engines and aerial engines alike. Derived from petroleum, it is a translucent oil that consists of organic materials extracted by fractional distillation of petroleum. On forklifts and aerial lifts, gasoline fuel is stored on special design gas tanks that are made from either High-density Polyethylene (HDPE) plastic or metal (sheet or aluminium). Each vehicle has a specific system, developed to optimize space.

Diesel fuel is used on internal combustion engines that uses heat of fuel to ignite and power pistons in the combustion chamber. Compared to other combustion fuel systems (LPG or gasoline), diesel engines have the higher fuel efficiency due to its lower heat exertion. 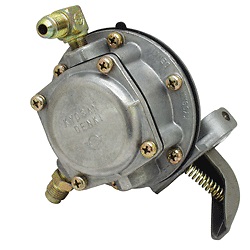 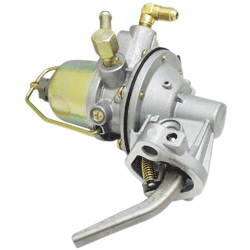