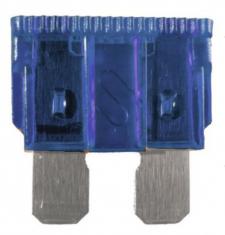 We distribute an extensive selection of FORKLIFT FUSE parts for all makes and models. We ship directly from various warehouses located all over North America to provide the fastest shipping at the most affordable prices.

Forklift Fuse is an extremely crucial component of electrical safety devices. It disconnects the electrical system at instances where there is an electrical failure, thereby keeping important electrical parts from getting fried and damaged. When work output overcomes the limitations of the forklift, the fuse will terminate the operation before any damages incur in the forklift parts. Forklift fuse is very similar to normal fuses and basically consists of a low resistance resistor which does not allow more than a specific amount of current amperes to pass through.

Fuse can be thought of as a sacrificial device, which gets melted down and destroyed to prevent a bigger damage. Word “fuse” literally means, “to melt” and this is what it precisely does in response to very high currents. Like any other fuse, forklift fuse is made of either a metal strip within a small cross-section on circuit conductor or a wire fuse element. A non-combustible or conducting case is usually used and is normally found between electrical terminals. It is designed not to reach high temperatures, but when it does reach the high temperatures due to high current flow, the soldered joint will melt, open a circuit or melt away directly. This then creates a distance, which requires an electric arc to form and eventually require higher than what the regular voltage available can sustain. The flow of electricity is then terminated and with this, the more important parts of the forklift are saved from direct damage.

A forklift fuse is generally made up of elements like zinc, copper, aluminum or metal alloys, where sometimes silver is also used in a fuse construction. Fuse is constructed in a way that its constituting elements generate more heat when a higher than specification current passes through it. Ideally, the fuse is able to sustain an unlimited flow of specified current to pass through it for very long durations and is able to withstand small electrical surges. This is an important design parameter, or else a fuse will blow off every now and then, whenever there is a small electrical surge. The elements constituting a fuse are shaped differently with a view to increase heating effect. In large sized fuses, current passage is divided into more than one metal strips. A dual element fuse in a forklift truck may have a metal strip, which is prone to melt instantly in case of a short circuit. It also contains a low melting point solder joint.

The fuse in an electric circuitry of a forklift truck burns or blows away with a particular speed as it is essential that fuse breaks before the current reaches main circuitry and cause damage. The speed depends upon the type of material used in its manufacturing and the amount of current passing through it. Fuses are classified with respect to their operating time as fast-blow, slow-blow or time-delay fuses. For example, a standard might need a current twice than its rated value to blow off in 1 second, a fast-blow fuse on the other hand may only need 0.1 second for the same relative current. Whereas, a slow-blow fuse might gets blown in few tens of seconds. Selection of fuse for a particular device is a tricky process, which depends upon the type of material used as load. In case of semi conductor devices, which gets heated up very fast upon the flow of a high current, a fast-blow or even an ultra fast fuse may be required. Fastest fuses are, therefore, designed for very sensitive electrical devices, mostly using semi conductors in them, which are meant for high precision jobs.

Forklift fuse works to disrupt and excessive bow of current in order to prevent any further damage to the electrical circuitry of the forklift truck. A fuse is always installed in series with the electrical circuit so that any amount of current, which has to reach the electrical circuitry, should first pass through the fuse. It can also be understood as a filter that does not allow more than specific quantity of current to pass, the only difference is that a fuse gets burnt to protect over current. Wherein, a filter is able to stop the undesired flow without getting burnt or dysfunctional. Excessive current is potentially hazardous as it can damage or burn the entire electrical circuitry. It can further cause the whole forklift to burn, which is a risk to the safety of the personnel and material in the workplace.  International wiring regulations have been implemented which specifies maximum current flow through fuses. A type of fuses called slow blow fuse allows a short-term high electrical current to pass which is potentially harmless for the electrical circuit. Fuses come in various types and shapes and with various voltage and current specifications. Another type of fuses known as self-resetting fuse is used in highly important electrical circuits in aerospace and nuclear devices. These fuses have the ability to shut down the circuit when it is being overloaded with current and restore the circuit connection when that phase is over.

Louis-Francios-Clement Breguet a French physicist, who attained his fame for his work in telegraph coined the idea of creating a reduced resistance circuitry  as an alternate path for the lightning strikes with a view to protect telegraph lines and stations. The basic phenomenon was melting down of wires in order to protect the main apparatus. However, the man crowned with patenting the invention of fuse is Thomas Edison who did it in 1890. He was successful in making a fuse, an important part of a functional electrical circuit.

The fuse blows up when an improper fuse is used. This means that if a 10-amp fuse blows up, it should be replaced with a fuse of same type and electrical characteristics like current and voltage. The opposite will happen if one tries to use a 20-amp fuse for a 10-amp fuse. The lift truck components will be damaged before even the fuse can work to break and protect the rest of the components. Therefore, the selection of just the right fuses should be made as replacement fuses to protect the lift trucks and its components. 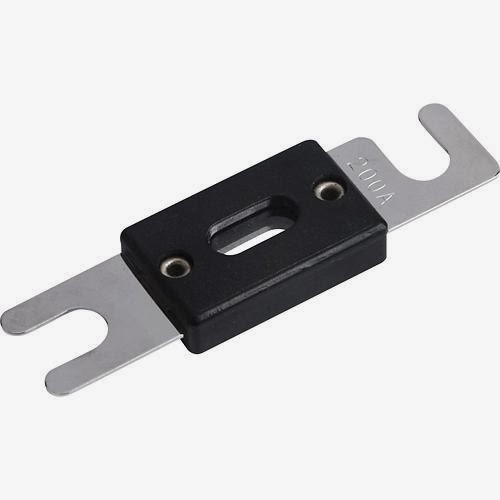