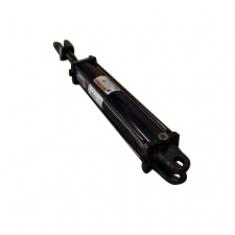 We distribute an extensive selection of HYDRAULIC PARTS parts for all makes and models. We ship directly from various warehouses located all over North America to provide the fastest shipping at the most affordable prices.

The Hydraulic Cylinder is an important part of forklift trucks. Hydraulic equipment with their versatility, strength and agility has found their use in almost every major field: Forklift trucks and aerial lifts being two of the excessive users of this astonishing technology. The basic theme working behind a hydraulic system is transfer of force applied at one point to another point where its application is actually needed. In a hydraulic system, this happens with the help of incompressible liquid and that force is transferred from one point to another point. The additional things that happen in hydraulic process is that the incompressible liquid is usually an oil and applied force multiplies when it reaches the desired point.

The forklift engineis a machine designed to convert chemical energy into mechanical energy. By burning fuel through internal combustion in a series of pressurized cylinders, the engine creates motion that mobilizes a vehicle. The principle governing a reciprocating internal combustion engine is that if a sizeable amount of energy fuel is put in a small enclosed cylinder or container and is ignited, it can produce an incredible amount of energy in gaseous state which tends to expand beyond the boundaries of that vessel. The produced energy can be put to use to push forward objects in a thrust. Ignition causes that tremendous amount of energy to be released. However, it is supposed to be harnessed. Harnessing this great deal of energy requires elaborate engine systems in which forklift cylinders take a major role resultantly driving a forklift truck.

Another important component is the piston. Its main role is to separate the pressure zones. The piston is connected to the piston rod through the use of nuts and bolts. There are different designs and constructions for piston rods. Generally, they are made from a chrome-plated material, normally of cold-rolled steel that links to the piston and moves through to the end of the head.

When the internal combustion cycle starts, the piston begins at the top. The intake valves open up and the piston moves down, enabling the engine to take in a cylinder filled with air and gasoline. This is an intake stroke in forklift internal combustion engine when only a small drop of gasoline mixes with air to make it work. In the next step, the piston moves back up and compresses the air and fuel mixture. Compression takes place, which makes the upcoming explosion more powerful. Upon reaching the top of its stroke, the piston finds the spark plug emitting a spark, which in turn ignites the compressed and highly pressurized gasoline mixture. Ignition causes the gasoline in the cylinder to explode and the explosion releases energy, which forcibly drives the piston down. When piston moves down and hits the bottom, the exhaust valve opens and lets the cylinder go out the tailpipe. This is where the four strokes end completing a cycle and the engine gets ready for the next cycle, taking the next charge of air and gasoline mix. In the engine, the linear motion of pistons is transformed to rotational motion by the crankshaft. The rotational motion is necessary to allow the engine power translated to the wheels and rotate them.

The core of the engine is cylinder, in which the piston moves vertically up and down. The internal combustion four-stroke cycle explained, exemplifies a single cylinder. However, in most of the forklift trucks more than one cylinder works (common are four, six and eight cylinders), enabling the forklift truck to perform heavy-duty jobs. Hence, when more than one cylinder is put to use, they need to be arranged in a configuration for optimum output. The usual arrangements for more than one cylinder are made in three ways; the inline, V or flat arrangement. These configurations offer specific advantages and disadvantages, while considering the intrinsic outputs of smoothness, cost effect and shape characteristics. Choosing between these pluses and minuses determine which arrangement is to be used in which sort of forklift truck.

The spark plug signifies the next important part responsible for the combustion in internal combustion engines of the forklift trucks. The spark plug provides the necessary spark that ignites the air and fuel mixture for combustion to take place. The timing of spark plug to initiate a spark is of even more importance. The spark should be initiated only at the right time with ultimate precision, failing which will cause functioning troubles in engine’s performance.  The ideal would be to ignite a spark when the whole mixture of air and gasoline is at the bottom of cylinder fully compressed. Ignition at this stage will produce maximum thermal energy resulting in a stronger drive force.

Seal gland is another component of the hydraulic cylinder. As other types of seals alike, the seal gland helps prevent leaks in the hydraulic cylinder. There are other ways to ‘seal’ the cylinder but the use of the seal gland is the most common alternative because it is easy to remove and replace. Blown out seals and leaks are common problems. Leaks tend to grow larger at rapid rates, depending on the hours of forklift use. Therefore, leaks become problematic quickly and should be fixed immediately. 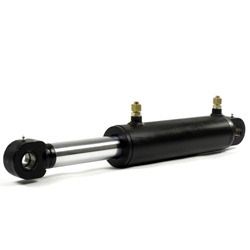 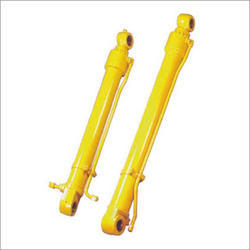