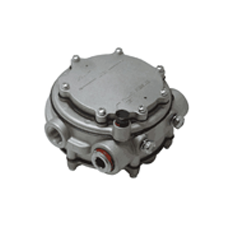 We distribute an extensive selection of FORKLIFT LPG REGULATOR parts for all makes and models. We ship directly from various warehouses located all over North America to provide the fastest shipping at the most affordable prices.

Liquid Petroleum Gas (LPG) is also called GPL, LP Gas, propane or butane. LPG is chemically a mixture of hydrocarbon gases, which is inflammable and can be used as fuel in automobiles and heating appliances. LPG also finds its uses as an aerosol propellant and refrigerant. While used in forklift truck engines or any automobiles, it is also known as auto gas. LPG used in forklift trucks has different configuration and chemical composition. It may only be butane or propane, or a mixture of them both. According to weather conditions, the constituent quantity of propane and butane vary, with more concentration of propane in winters and less in the summers, in relation to butane, the other constituent. Propane is stored at a very high pressure of around 300 psi to keep the gas in liquid state.

Preparation of LPG involves refining of petroleum or natural gas. The liquid petroleum gas is derived from fossil fuel almost entirely and is obtained during refining of petroleum crude oil. Its history of emergence dates back to 1910 and was commercially introduced for the first time in 1912 in the United States. LPG fuel is more economic, being less expensive than gasoline, and does not degrade forklift engine performance. Propane is stored at a very high pressure of around 300 psi to keep the gas in liquid state.

LPG has gained its importance as an alternate fuel to diesel or petrol, and is widely being used for internal combustion engines in the forklift trucks. The fuel is cheaper than diesel or petrol but efficient enough to run on the power hungry forklift trucks. Despite having lower energy density and more equivalent consumption than diesel or petrol, LPG is available at cheaper price in the market, which encourages its use as fuel, and propane is presently the third highest fuel used worldwide. Hence, LPG is more economical and environment friendly than its counter-parts, diesel or petrol. Today, LPG fuel systems are available for forklifts that are primarily designed to operate on other fuels. One can easily convert their systems to consume LPG via forklift Liquid Petroleum Gas (LPG) regulator, lines and valves.

The most important element in every LPG conversion is the forklift LPG regulator. It comprises of a regulator vent, a regular diaphragm and a pressure relief valve. Regular vent can be thought of as a breather to the LPG regulator which allows it to breathe during normal operation in over pressure conditions.

The regulator is also known as a vaporizer. It performs one of the functions of which a carburetor performs in gasoline engines. It uses the heat from coolants of the forklift truck to help vaporizing the LPG into gaseous form. This part helps to control and manage the injection of gas into the engine so that only the right amount of fuel and pressure can be injected. It keeps the appropriate level of the fuel maintained to ensure fuel efficiency paired with engine performance. It also reduces the pressure in the process as one of its safety features. Another safety precaution involves cutting down the circuit of gas flow to the engine when it is static or stalled. It is done through electronic circuitry.

Regulator is smaller in size and finds its place easily in the engine. However, it is made of immense importance that only a professional mechanic with experience in LPG conversion work should install the LPG regulator in a gasoline operated engine. Additionally, one must note the availability of LPG, as it may not be easily accessible to some forklift operators.

More importantly, through the LPG regulator system, burning and conversion of fuel inside the engine will not produce chemicals that could potentially be harmful if inhaled. Another function of a carburetor in a gasoline engine is performed by the mixer of an LPG regulator. The mixer is mounted on the intake manifold. It senses the information from electronic control unit of the forklift truck and controls the amount of gas into the cylinders. The influx of right amount of gas in the cylinders is very important as a little variation in this amount either damages or reduces the efficiency of forklift engine. An excessive gas intake would result in loss of un-burnt liquefied petroleum gas, an increase in harmful exhaust and may cause excessive burning inside the engine. While a lesser than desired intake would affect the engine’s capacity to perform, would force the engine parts to work with less power intake resulting in loss of engine life.

Commercial LPG still derives from fossil fuels and is not lab made. Burning of LPG in the engine releases carbon dioxide, which is a known to contribute to greenhouse gas. It also releases some amounts of carbon monoxide, which is highly poisonous in nature. However, the released volume of carbon dioxide as a result of burning, is less than that released by diesel or petrol fuels. In comparison with coal, it releases 70% of the carbon dioxide and 81% of what is produced by fuel oil. Hence, LPG is believed to be more environment friendly than coal or oil.

Since LPG regulator is basically a conversion device, which converts a gasoline engine to operate on Liquefied Petroleum Gas, it is prone to develop certain faults like any other piece of engine mechanism. If not checked and inspected regularly, a malfunctioning regulator can potentially harm the engine parts. Hence, over time, a forklift LPG regulator needs maintenance to meet standards for its optimum functionality. If there is any irregularity with the fuel system, the regulator should be immediately checked, repaired or replaced when necessary. Common problems that affect the forklift regulator include freezing and frosting. Initially, the frosting and freezing are considered safe as long as the there is no irregularities with how the engine works. There are different kinds of replacements available in the market such as adjustable, integral, automatic, and first-stage or second-stage regulators. The choices vary differently depending on the brand, model and applications of the forklift. 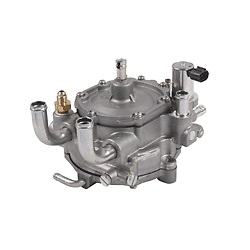