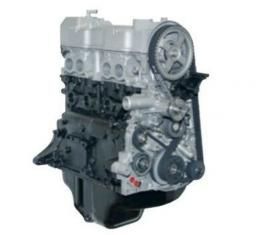 We distribute an extensive selection of MITSUBISHI 4G63 FORKLIFT ENGINE parts for all makes and models. We ship directly from various warehouses located all over North America to provide the fastest shipping at the most affordable prices.

The innovative engineers and beautifully precise innovation from Mitsubishi command respect and awe from the forklift manufacturer’s competition. From the way Mitsubishi Motors has configured their diesel engines to the systematic way that they have bolstered their inline-four automobile engines, you can almost feel it in your heart the passion that Mitsubishi’s team of experts has put into their craft as if it’s almost art. It’s not surprising then why Mitsubishi’s Forklift 4G63 Engine inculcates this precise and expert engineering into its features and why many people regard this machine as one of the high-performing engines in the industry today.

People respect the engineering of this engine because of its applications for front-wheel drive. In fact, these applications enable the vehicle to optimize its high-end power and provide for an efficient breathing system that can only use up to three valves per cylinder. This system allows for economical operation and provides the operator an extra leeway to better maneuver the machine without compromising the speed it takes to do the job.

The innovative modification done for the Mitsubishi MCA-Jet technology was also efficiently ingrained into the way the 4G63 was designed. It still uses the same secondary intake valve that injects air into the engine to give it better emissions control, but what sets it apart now is the fact that it already comes in a fantastic turbocharged or naturally aspirated form. It’s always a good idea to have options, and it’s a good thing that this is something that’s never forgotten by the ones who conceptualized this engine.

It is when the creators of the engine finally decided to make it in a 2.0 L version that the company started to gain even more respect from people who haven’t facilitated themselves to acquire the engine.  An added boost to this fantastic record is when Mitsubishi released the DOHC version in 1987 across the Japanese market. It is during this time that the engine came to a lot of series of applications and solved previous problems that are central to the operations of any company. Some of these models that come into this engine’s applications are the 1988-92 Mitsubishi Galant VR-4 and the Mitsubishi Lancer Evolution I-IX. The later versions of the engine were given an added boost with Mitsubishi's variable valve timing system, MIVEC.

It’s not every day that companies in the machine industry gain any kind of respectable international recognition. Fortunately, Mitsubishi went ahead of themselves in developing this engine that when it added the SOHC carbureted eight-valve version (engine code G63B) version into the pickup and forklift trucks in their line-up, award-giving bodies started to notice the company’s efforts. That’s why it’s extra impressive how the 4G63’s development came into being and how its adaptation went through in the market.

It must be added that the SOHC version of the 4G63 had been produced until the late 90s to early 2000s and was instrumental in highlighting the power and utility of the Montero and the 2.0 L 2-door Pajero that has an output of 101 kW (137 PS; 135 bhp) at 4,700 rpm. Such strength must be the inspiration when Mitsubishi also decided to put 4G63 as the engine for N33 and N83 Spacewagon but this time the engine was modified to be a single-cam sixteen-valve base.

The development of the  Mitsubishi Eclipse and Eagle Talon have also a lot to thank the 4G63 for because, without it, these two cars’ DOHC’s turbocharged intercooled version wouldn’t have been complete. They would not have passed approval into the market and given value to the clients who trusted the cars’ distribution. The rise of the two vehicles is in turn developed into better vehicles because of the potential they had to offer in the market. Right after their U.S. version was released in 1989, Mitsubishi had a joint venture with Chrysler Corporation through Diamond Star Motors and added better features, including thicker connecting rods and six bolts to make the flywheel attach securely to the vehicles’ crankshaft.

Mitsubishi 4G63 Forklift Engines are manufactured by Mitsubishi Motors Engine Manufacturing Co Ltd through its Kyoto engine plant in collaboration with Diamond-Star Motors, which is based in Illinois. The production years that went by for this engine was around 1980 to the present day and up to this day, the engine doesn’t disappoint in delivering what the customers demand.

The engine has a cast iron cylinder block material and an aluminum cylinder head material. With a gasoline fuel type and a fuel injection fuel system, this engine has an inline configuration that fits perfectly within its 4-cylinder frame. It has 2/4 valves per cylinder with a valvetrain layout of SOHC/DOHC. Its bore in mm is 85.0 (3.35 in) and stroke in mm is 88.0 (3.46 in).

What distinguishes this engine from the other Mitsubishi engines in the market would also be its two balance shafts (silent shafts) structured in between connecting rods, a crankshaft and cast aluminum alloy pistons.