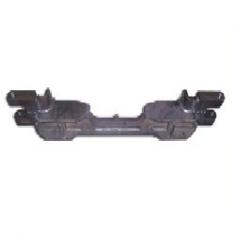 We distribute an extensive selection of NISSAN FORKLIFT STEERING AXLE parts for all makes and models. We ship directly from various warehouses located all over North America to provide the fastest shipping at the most affordable prices.

Steering Axle is a collection of components or linkages that enable the forklift to follow a certain course, but what stands out in Nissan’s steer axle is that it allow its vehicles to go to various directions smoothly and in the most fuel-efficient way possible. Whether it’s the universal joints for tracked vehicles or bulldozers to the clutches and brakes of Nissan’s steer axle, they are designed to deliver the most world-class and outstanding performance that not many in the market or industry can match.

The power steering pump and a pump-assy power steering systems under the Nissan brand since 1986 have consistently rendered the quality that the customers demand. They are designed with maximum safety in mind and the customer’s needs at the center of the delivery.

There are many types of steer axles. There are electronic positive steering systems and a hydraulic activation that may be more demanding for other customers, but it is for everyone’s knowledge that Nissan consistently generates the most powerful engines today. Having the stamp of Nissan under a brand’s name indicates that the engines in these vehicles are also given the maximum quality check and assurance required.

The fact, too, that Nissan has a global network and has already reached about 75 countries to make the steer axle replacements that customers need from various countries easily accessible, so they will get their replacements immediately without delays, worry or interruptions in their operations.

The steer axles under Nissan are also designed to address whatever terrain and allow for better options and speeds. This maximum performance may also be because of Nissan’s fantastic reliance on production arrangements that are unrivaled in the industry. The uncompromising quality that Nissan dedicates itself to its forklifts, engines and innovation is also transferred towards developing the best steer axles that companies can completely depend on.

The world-class innovation in Nissan for its steer axles are also heavy duty and built with the most supreme dependability. Many companies rely on Nissan’s steer axle replacements not just for cost-efficiency, but also to make sure that the customers won’t depend too much on replacing the steer axle quite often.

Nissan’s steer axle’s high efficiency is also translated to the way they have the longest service lift and the least amount of maintenance requirements. This means that not only are they cost-effective, these steer axles from Nissan can also give the operator maximum control and maneuverability but without adding on weight.

It’s an added boost of reputation in Nissan that its steer axles don’t compromise on safety. Nissan’s experts, engineers, and designers have made sure that the safety levels of the engine are given attention, are made to sustain harsh conditions and won’t risk the health and productivity of the operators.

Without such enhanced safety, it might be costly to replace the steering axle of vehicles. Such quality and proven reliability of Nissan in this regard makes it a highly wise investment choice for any business operator.