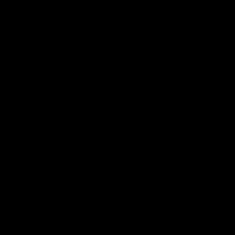 We distribute an extensive selection of NISSAN H20-II FORKLIFT ENGINE parts for all makes and models. We ship directly from various warehouses located all over North America to provide the fastest shipping at the most affordable prices.

The H20-II forklift engine from Nissan is one of the most powerful, newest variations of the forklift engines in the industry today. Along with the NISSAN Forklift H25 Cylinder Head, this engine has a 1982 cc (2.0L) 121 side profile with an engine serial number that begins with “K”. This engine is classified to have a thermostat housing that’s not built directly towards the cylinder head. Such design gives the forklift with this engine an incredibly robust structure that allows for better cooling. It’s also an added bonus that there’s a coolant tube in this engine that’s installed to the engine’s radiator and head.

The world already knows that Nissan Forklift engines are powerful industrial machines with great torque and horsepower that satisfy customers’ need for high cycle manufacturing. Nissan is also a brand known for its pneumatic tire forklift, electric rider forklift, pallet truck and reaches truck. The H20-II engine is essentially an example of the engine that gives respect for the brand. It is this engine that also makes the brand famous for its exhaust emissions and other features that make each forklift investment worth it. This H20-II engine is also what shows how the evolution of Nissan has transpired and the potential the forklift brand still has.

It’s also worth noting that the H20-II engine has a 3.4330 bore and a 3.2680 stroke, with a firing order of 1-3-4-2. It is a Gasoline Four Cycle Type, with a Carburetor Fuel Supply. Its cylinder is vertical four, and an OHV valve mechanism. The Diameter x Travel of this engine is 87.2 X 83mm with a total displacement of 1982 cc. The compression ratio of this engine is 8.7, with an engine dimension of L 687 mm, W 576 mm, and H 654 mm. The dry weight of this engine is 162 kgs and rated horsepower of 48 PS / 2400 rpm. It is such features that give this engine its impressive reputation and application to many types of forklifts under the Nissan brand.

The quality operator safety and comfort, as well as Nissan’s visibility, may have been attributed to the way the H20-II is designed. Many of the engines of Nissan have variable side-stance positions that give the forklifts their maximum effectiveness in various working conditions. The side stance position for the operator because of Nissan’s engine design has been consistent over the years, and this may also be because of the reputation of the H20-II engine.

Nissan Forklifts with The H20-II Engine

The forklifts with the H20-II engine are renowned with their reputation of being premier products that answer complicated, difficult and challenging problems in the construction or warehouse industry. Because of such engine, Nissan continues to have a reputation of being able to manufacture drive motors that improve the efficiency, productivity and reliability of the machines employed in the work operations.

This Nissan H20-II engine also makes use of the advanced engine technologies that inform the production rate and expertise of Nissan today. Whether they are passenger cars or engine forklifts, the advanced engineering within Nissan has lent the H20-II engine its reputation for being a number one element of forklift engines across the world, especially in USA, Europe, and Japan. The productivity-boosting ability of the H20-2 engine makes it also an impressive addition in any investment made for forklifts.

The fantastic reputation that the H20-II engine enjoys could be traced back to how Nissan has evolved across history and has faced different challenges that in turn gave growth to the brand.

One of these historical highlights is when Nissan started in Japan back in 1957, until in 2008, Nissan released the GX innovation, followed by the one in 1990 when the brand started producing in Pamplona. It is also a highlight in the history of Nissan that it reached Europe.

It must be an extra advantage of the H20-II engine that it has a worldwide network that supplies companies and construction firms from across the world. With more than 800 dedicated networks scattered all across 75 countries, it is assured that whatever issue that a customer gets to experience with their H20-II, there will be a fantastic team of experts that can assist them. Whether it’s an H20-II engine in reach trucks or in pallet transports, the team of Nissan is ready to always do their best to remedy thhe issue and find the most immediate and precise soluition for the firm.

The production teams spread all over the world also make the H20-II the most immediate, essential and prime choice of customers and construction firms when they need a good engine to rely on. They’re easy to acquire, and they’re easy to process and deliver, and that makes them easy options when there’s a need for a good engine that’s operationally easy to maintain without compromising the high technical standards that a company needs.

The fact that the H2o-II is the newest variation in the series with an oil filter spinning directly onto the block makes it also an ideal option for customers that need an engine that fits very well with a work environment that’s demanding and requires the least amount of maintenance.

Availability is also a big issue in Nissan forklifts engine. The good thing about the H20-II is that it is under the promise of Nissan that offers guaranteed reliability and availability, and that means that buyers of this engine can easily get them when they want parts to replace in their forklifts. This is something not easily done in the competition’s forklifts, and that’s something that’s worth considering before choosing whether to get a Nissan engine or its competition.

It’s safe to say in this summary that over the years the H20-II engine has stood the test of time and has delivered in its promise to empower the Nissan forklift engines available in the market. Being part of Nissan is also an added credential to the reputation of this engine, and warrants extreme advantage towards the engine in making it as the primary option that business owners should consider when looking for the right engine for their operations.