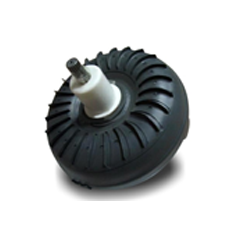 We distribute an extensive selection of FORKLIFT TORQUE CONVERTER parts for all makes and models. We ship directly from various warehouses located all over North America to provide the fastest shipping at the most affordable prices.

The Forklift Torque Converter is found in the forklift transmission systems. This mechanical part transfers the rotational power produced by the engine to the transmission. This forms a collection of parts known as the fluid couplings which depends on the hydraulic fluid to facilitate the movement. In automobile applications, this mechanical part will be fitted into the automatic transmissions and will assume the workload of the clutch in the manual transmission that is to allow the generated power to be delivered to the wheels of the vehicle. A torque converter is an example of fluid coupling, which lets the engine to spin more or less independent of the transmission.  This can be experienced when an Automatic transmission Forklift is made to halt near an obstacle, the torque converter provides very less torque to engine and the Forklift keeps creeping. The housing of torque converter is attached to engine flywheel with the help of bolts, allowing it to turn at a speed similar to that of the engine.

There are three important components that can be found in a torque converter which includes turbine, pump, and stator. The turbine is the part that spins at a rate similar to the rotation of the engine, but it makes the movement in the opposite direction. Due to the spinning caused by the turbine, the rotational movement helps rotate the wheels of the forklift.

The stator of the forklift torque converter is situated at the center. Its role is to reverse the movement of the hydraulic fluid from the turbine, prior to hitting the pump again. If the fluid is not stopped and is allowed to hit the pump, the engine will slow down and the power will go to waste. This makes the torque converter’s efficiency better. The stator has blades circling the one-way clutch, which connects the fixed shaft, found in the transmission, to the stator. Due to this arrangement, the stator will spin against the flow of the fluid, forcing it to spin in the opposite direction. Stator has a clutch inside it, which only allows it to spin one-way, i.e in the direction opposite to the flow of the fluid. During motion, transmission fluid is forced into the stator, through the turbine, by the pressure from the pump. When the forklift is not mobile, the turbine would slow down because less fluid enters. Then, the stator would get locked until the turbine speed returns. Computer sensors monitor the forklift speed, engine load, and pedal position to conduct the process of gear shifting.

There are other types of couplings that can be used, but the torque converter is known for its better performance since this component can easily increase the torque, depending on the power of the engine. But, there is also a problem with this mechanical component since there is a chance that power is lost along the way. This will happen when the stator and the turbine does not spin at the same rate.

The forklift torque converter is much like the car’s converter. A torque converter needs proper and precisely manufactured oil for its internal clutch. This explains the variety of automatic transmission fuels available in the market. Without certain additives in lubrication fluids, the internal clutch may chatter upon engagement. This chattering is a serious symptom that merits immediate attention. If left unattended, it can damage the entire transmission system. The factors affecting wearing out of the fluid including the duration of its usage, heat and mileage, which cause the additives to deplete. Depleted additives in turn adversely affect the fluid efficiency and can cause gasket and seal to shrink and ultimately leak.

When there is a problem with a torque converter, one may mistaken it with a problem of the transmission, as the symptoms are similar.  The following is a quick stall-speed test to find out if your forklift is having issues with the torque converter:

After following the directions above, if the results indicate that there is a faulty torque converter, it will need to be either repaired or replaced immediately. Solid Lift Parts Inc. provides all components of the torque converter or its entire make-up at inexpensive costs for all makes and models of forklifts. Contact your forklift parts specialist today! 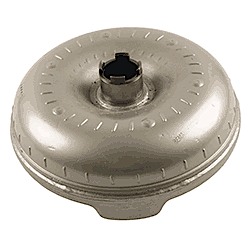 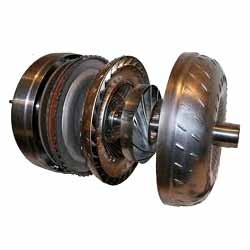 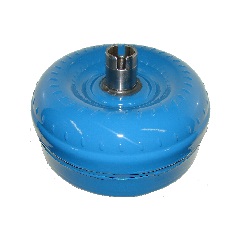